I’ve been thinking lately about the difference between an unputdownable story and an unforgettable one. (Assuming you can’t have both in one book).

Just to clarify, unputdownable would be a fast read, like, a one-two day read. Unforgettable might not be read in a day, or even a week, but the story sticks with you long after you finish it. 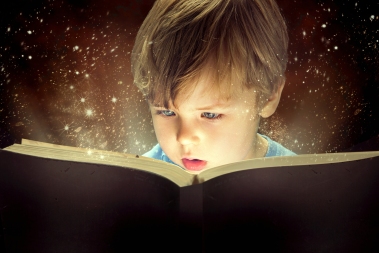 My preference? So glad you asked. 😉

I really really love fast reads. I love stories that suck me into their world from the very first paragraph. Stories that I don’t want to leave until the book is finished. I love the whirlwind feel of a good read.

But what I love more are stories that, long after I’ve finished them, still echo in my mind. I might not have even LOVED the books, or the stories might have been slow paced where I had to push through at some points. But if I’m still thinking about the story, the characters, the setting, weeks—or better yet—months after I’ve finished it, then that book might actually be a bigger hit in my mind than the book that took me one or two days to read, and then forgot.

The LUX series by Jennifer L. Armentrout. I’m currently reading this series, and I love it. I went through the first book in just a couple days. But once it was over, I wasn’t still thinking about the characters, pondering on the plot, wishing I was still in that world. I kinda moved on.

Divergent by Veronica Roth. I love this book so, so much and read the first one in a day. I was hooked from page one. But I didn’t end up finishing the series. And, even though I thought I would read Divergent a second time, I never did pick it up again.

I loved both these books, but they weren’t unforgettable for me.

Mark of the Lion series by Francine Rivers. This is the first series I read that I pushed through even though the beginning was slow. And I’m SO GLAD I DID. This series is life-changing. I read it just about every year, and cry every time. so. so. good. And it’s a perfect example of a story that keeps me thinking weeks, months, years after I finish it. (Marcus will ALWAYS be my #bookboyfriend.)

Shatter Me series by Tahereh Mafi. As you might already know from my book review on this series, I didn’t immediately fall in love with Shatter Me. I took me forever to read through the first book, and then I didn’t get around to the second book until a year later. But by the middle of the second book (and after I read the novella Destroy Me) I was hooked. And after I finished the series, the story was still in my head. I ended up going through and reading all of them less than a month after finishing the last book, because I couldn’t get enough of that world or the characters. (Kenji! WARNER!!!!)

Example of both unputdownable and unforgettable:

The Selection Series, obviously. It’s a super fast read and I still think about it every now and then, months after I’ve read it. 😉

QOTP: If you had to choose, which would you prefer? An unputdownable story or an unforgettable one? (And don’t say “both”, cuz that’s an obvious answer. ;))

2 thoughts on “Unputdownable vs. Unforgettable”